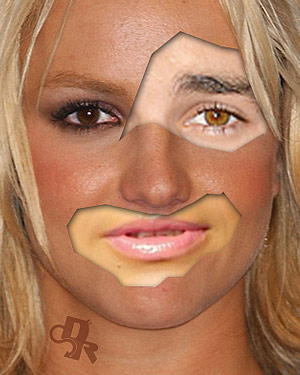 I HATE pop music. So here’s a bit of rumbling, complaining, thinking “aloud” and, perhaps seeking to better understand “pop”. Thanks for indulging me….

To me pop music- and “pop culture for that matter” – is disingenuous, phony… the essence of what is ugly about “ambition”. It laughs in the face of the masters. It flips the bird to Mozart, Beethoven and countless other masters of music innovation. Pop music seems to have more to do with business acumen and “connections” not real artistic ability.

Want commercial success? Write a pop hit! I know dozens of musician’s woking tirelessly trying to “crack the code”. Great musicians trying and trying and trying. Clearly there’s a formula. The same lame, tired chord changes every other song (you know those ridiculous “4 chords” EVERYONE uses). Just change the beat a little, get a whiny, little-bitch, my-male- genitalia-hasn’t -developed yet, or I- have- absolutely- no- testosterone-vocal part/melody, and get a polished, high-fi sound. Done. LOL! I really make myself laugh… its a gift….

Over and over again my friends, who laugh at my intense distaste for pop music, tell me “… just dumb it down. DUMB IT DOWN!!” So deep is my hatred for the “hits”, many of my colleagues pursuing pop- music success have concluded the best way to determine if their songs would be hits would be to have me listen to them, and if I despise them with the white-hot fire of a billion suns, it will be a smash hit! Yeah I hate pop music that much!

So what a conundrum. Learn music inside and out. Study the masters. Hone your craft. Study those harmonic and melodic movements. Learn to appreciate and marvel at the clever iterations and creative mutations of 12 notes that have been done throughout history. Learn your instrument to the point of proficiency, virtuosity, and expressiveness. Now forget ALL of that. Harken back to the first 3 months of music lessons and just use that. IF you want commercial, Pop- success that is….

I heard Bruno Mars on Pandora and the song was so simple it was literally childish. I mean a child could do it. Simple chords, simple movements. What a kid would do with the first 5 chords he/she learned on the piano when they were 9 years old. Lest you believe I’m ripping Bruno apart let me state here I have the utmost admiration for Bruno. He is a bona-fide badass! No doubt! The next batch of songs that came on were equally childish. But that’s pop music now. And listening to Bruno I can’t help thinking, how far we’ve fallen since the likes of Billy Joel or Elton John who weren’t necessarily pop stars, but singer/songwriters… like Bruno.

I wish I loved pop music. I wish I loved and participated in the “art” of pop music. I could maybe be rich. That’d be nice. One pop hit and you’re set for life. And your kids too! No wonder everyone wants to do it. So why, some may ask, don’t I write the cheesy, easy stupid songs? Because of the very nature of “pop” itself: Do you have the business acumen, drive, ambition and connections??? Because THAT above ALL else is the key to pop stardom. And that aint me. I love music, even more, guitar playing too much.

Once in a while, it seems, a pop song slips through the cracks that shows some thought and a bit of harmonic and melodic sophistication… I’m listening to Christine Perry right now. Great fucking song! Maybe there’s hope for pop (and me) yet!

Now don’t get me started on Rap….!

Well said and this needs to be said. Problem is, most of the world is “musically dumb,” and these people who listen to this crap can only comprehend simple song structures. Not to mention, people hear with “their eyes” instead of “their ears.”

Love you, Doug. You are a talent that I aspire to be! Please keep playin!

First, thank you for all you do. You’re a legend to me..

At 35, I think I finally understand ‘pop’. Well, better pop, at least. Completely forget about songs that are clearly written without any musicianship, but don’t exclude songs that just happen not to have guitar. There’s something to it beyond being soft or marketable. Not an advocate, but still..

I hear a lot of music now that is somehow coined ‘alternative’ that I really don’t care for, but under it all there is some very interesting stuff going on. Flock of Seagulls and Duran Duran might be the primary influences for all I know, but nonetheless the melodies are original. And teens eat it up. All the hipster stuff (long beards, banjos and sissy lyrics) is more visually annoying than anything, but I’m not willing to discount it all simply because it’s foreign to me on many levels. They somehow believe in what they’re producing.

My counterpoint would be this: Try to write an original, simple and catchy pop song. Like, your very best one. Approach it as you would the most technical and clinical composition you’ve ever written. With pop, don’t employ the instrument you command. Use a female singer (with pipes). And, get that keyboard out. Oddly, you wouldn’t have to look far for a killer session bassist, as they’re all over the most popular albums we don’t like.

So I’m sort of kidding, but the point is that if pop is the scum of all music, what would be better than beating it at its own game? If I told you that the song Subdivisions was actually written and performed by Devo (not Rush), would you hate it? It’s a hard point to make, but it’s a challenge I believe is worth taking (even if for fun).

If you need any inspiration, listen to Epicloud from Devin Townsend. Then listen to his twenty-something other albums. He ain’t rich, but his music is about as good of an example as you’ll find of playing both sides of the fence, and maintaining integrity throughout.

All the best,
Justin