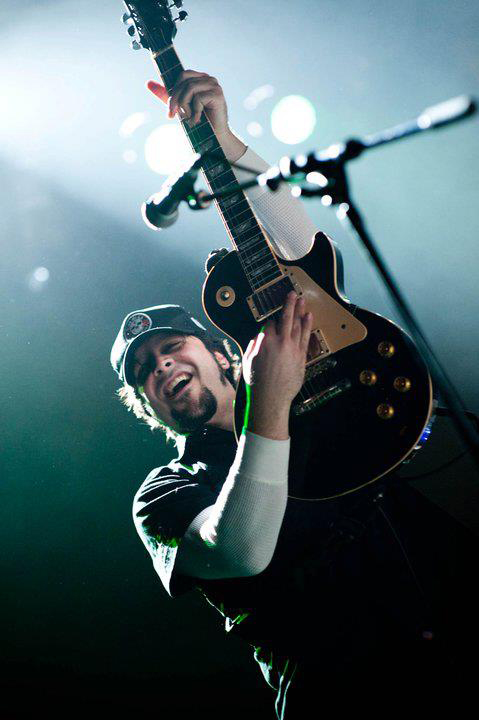 Doug Rappoport is a British born, American-raised guitar player. His style is deeply-rooted in the Blues while utilizing a more modern hard Rock tone and approach.

His guitar playing skill sets and knowledge base are being compared to legends from Jimi Hendrix and Eric Clapton to Eric Johnson and Eddie Van Halen.

Doug's rapidly growing popularity is attributed to a blend of modern guitar techniques combined with classic phrasing and melodic sensibilities harkening back to the masters, all rolled into a unique style that is unmistakably his own.

Touring extensively with Edgar Winter for 11 years as well as guitar legend Rick Derringer plus sharing stage and studio with a who’s who of renowned artists, he has honed aggressive chops, confident stage presence and overall pro savvy through substantial road experience.

“I've been lucky enough to tour ll over the world, and I'm often asked what my favorite venue is:  my favorite venue thus far is The Royal Albert Hall in London, England. As a huge Classic Rock fan, the significance of playing on that stage was not lost on me!”

An in-demand session guitarist; Doug’s work is featured in many national television and and radio commercials. Notable spots include clients such as: Ford, Metro PCS (exclusively featuring Doug’s guitar playing), and ORCAN. Plus, he’s been a stand out guitarist on “American Idol”, and his playing can be heard in numerous films and film trailers. Many recording sessions are produced in his home studio, especially for guest appearances on albums and cues for TV spots such as “NCIS Miami”.

A state-of-the-art home recording studio enables Doug to deliver the highest quality audio, tones and masterful guitar work for any type of project. Contact Doug here to inquire about recordings for your project!

Doug’s recording career also includes solo endeavors. His first solo album release “BIONIC”, features a hard-rocking rendition of the Edgar Winter classic, “Dying To Live”-- and a blistering version of the Jimi Hendrix classic “Voodoo Chile (SR)”. The album likewise showcases several originals complete with instrumentals and vocal arrangements. All instruments, engineering, producing, mixing and mastering were completed by Doug in his home studio (except for drums, provided by the incredible Chris Frazier, and the inimitable Jimmy Paxson on "Voodoo Rapps").

BIONIC is available here as well as through iTunes, and many other online music retail outlets. He continues to compose, arrange and record solo material.